Modern Languages at North London Collegiate seeks not just to provide girls with linguistic expertise, but also with an understanding of other cultures through exposure to literature, current affairs and media. Creativity and imagination are emphasised, in addition to debating and presentation skills.

Girls have the opportunity to learn six modern languages during their time at the school: French, Spanish, German, Russian, Mandarin and Italian. Many girls go on to study languages at the top universities in the UK and overseas, and a very good number of girls choose to continue their language study at university alongside another subject, such as History, Classics, Philosophy or English, as well as picking up a new language such as Arabic or Portuguese, to study in higher education.

The Modern Language teaching throughout the school ties together language and culture as far as possible. Girls acquire linguistic fluency, but also an appreciation of the cultural context of the languages they are learning. Lessons are fast-paced and interactive, using a variety of state-of-the-art resources including two digital language laboratories, and there is a significant emphasis on teaching in the language itself. We have foreign language assistants, all native speakers, who provide conversation sessions in all six languages to girls in Year 10 upwards. The language assistants also offer personalised support for girls who are bilingual, and wish to sit their GCSE examination a year early. 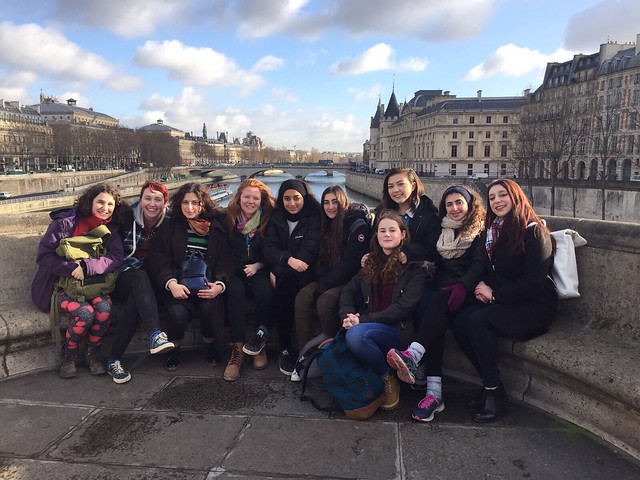 The extra-curricular life of the department is very rich. We offer language exchanges with schools in France, Spain, Germany and Colombia, as well as other study visits to Italy and China. We also put on regular London-based cultural excursions to museums, theatres and cinemas.

We also have a very active Polyglot Society run by Sixth Formers to promote Modern Languages throughout the School. As well as the annual celebration of the European Day of Languages, the Polyglot Society also runs a foreign languages symposium each year, foreign language book and film clubs, a mentor system to help younger girls who are learning languages, and invites guest speakers to the School. Girls in Year 12 also write and edit a termly Modern Languages magazine, The Linguist, which includes articles in all of the languages we offer.